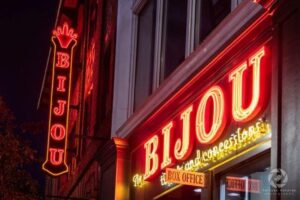 Doors: 7 PM / Show: 8 PM A TRIBUTE TO THE 1970's LAUREL CANYON SOUND! While running up 91 on a beautiful, New England blue-sky day in the summer of ‘15, Jackson Browne’s song, “Running on Empty” was blasting from the car stereo. At that moment, creator, bandleader, manager Jonathan “Rock Doc” Schneider knew he had to assemble a group of talented singers and musicians to re-create the music from that special time and place: the early ‘70’s in Laurel Canyon. The… 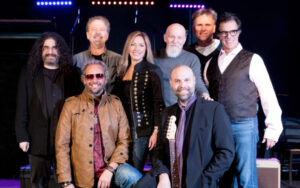 Running On Empty Band sings the songs of Jackson Browne and the Laurel Canyon Sound like no other band. With hit tunes and signature harmonies by Jackson Browne, The Eagles, The Byrds, CSN, Little Feat, Bonnie Raitt, Linda Ronstadt, Joni Mitchell and more, you will be transported to the hills and winding canyons, the endless road and the Sunset Strip, while rocking to blasts from your past— and ours!